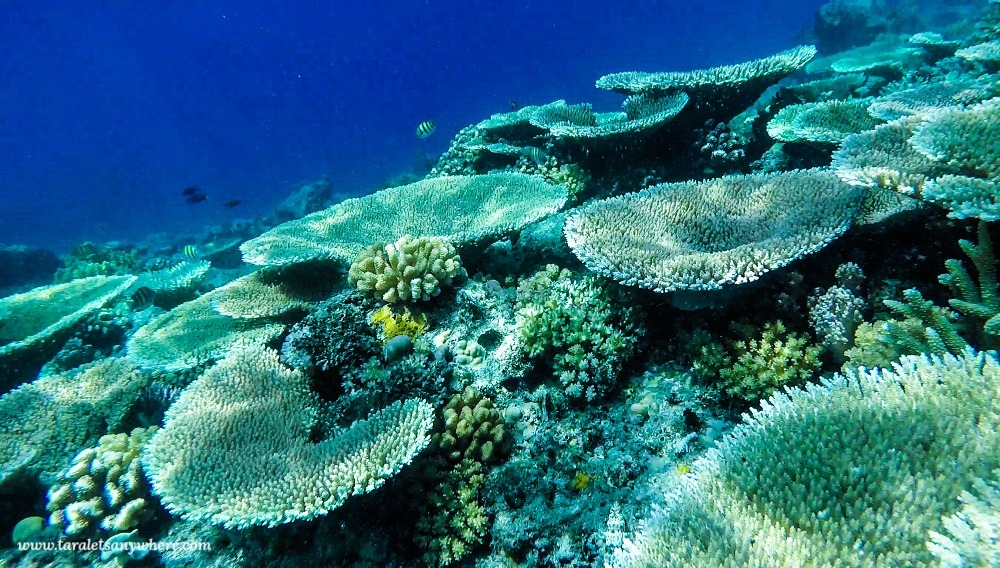 As we move towards a more sustainable future, more and more eco-friendly destinations are being developed and promoted in the Philippines. These places offer not only adventure but also the opportunity for an authentic immersion with nature and wildlife, as well as a way to help local communities. Here are the best ecotourism spots in the Philippines that you can visit!

Masungi Georeserve is a favorite go-to spot of adventurous Filipinos. It’s a conservation area and rock garden located in the rainforests of Tanay, Rizal. Its name is derived from “masungki” or “spiked”, referring to the limestone structures in the area.

Guests can choose from an array of adventure experiences to do. The most popular one is called the Adventure Trail, which includes winding paths, rope courses and other unique stops. All experiences allow guests to not only have fun but also appreciate the area’s karst landscape as well as encounter various wildlife and plant species.

Biri Larosa Protected Landscape and Seascape is a protected area in Northern Samar, which covers the Balicuatro Islands, including Biri Island, and the coastal areas of nearby municipalities.

This area is famous for its natural rock formations, mangrove forests and beaches, coral reefs and seagrass beds.

The most popular attraction in the Biri Larosa area is Biri Island, where guests can view unique rock formations — a result of millions of years of tectonic plate movements and sea waves, and swim in its many natural pools.

Batad is a tiny village located in Banaue, Ifugao province, in the Philippines. It’s one of the 5 clusters of rice terraces declared as a UNESCO World Heritage Site in 1995.

Here, guests can stay in one of the homestays in the village and learn about the culture and history of Batad. They also have an option to hire a local guide to help them explore and trek across the rice terraces. Other places to visit in Batad include the Tappiya Falls and the Awa View Deck up in the mountain.

Danjugan Island is a protected sanctuary located in Negros Occidental. The island has 5 lagoons and limestone forests where many terrestrial and marine wildlife can be found. It’s a research area for conservation researchers and a tourism spot for those who want a quiet getaway in the Visayan region.

Danjugan Island is a project of The Philippine Reef and Rainforest Conservation Foundation, Inc.

Activities in Danjugan Island include snorkeling, kayaking, trekking, bird watching, sailing and scuba diving. Guests can visit on a day tour or overnight stay in the Lagoon Camp or Typhoon Beach.

Not only is Sohoton Cove an eco-friendly tourist attraction, it’s also one of the most beautiful — often described as “otherwordly” — places in the Philippines.

Sohoton Cove is an idyllic habitat in Bucas Grande, Surigao del Norte. It has 13 inland lakes, 3 of which are accessible to the public. It is covered by Protected Landscape and Seascape fiat. As such, one can find endemic flora and fauna, such as stingless jeyllyfish, green sea turtles and other animals such as tarsiers, kalaw (hornbills) and eagles.

Boat tours are allowed inside this water jungle maze, where guests can appreciate lush greenery and crystal clear water. They can also visit the famous Jellyfish Lagoon or Tojoman Lagoon, where stingless jellyfishes surface during mating season.

Batanes is the smallest and northernmost province in the Philippines. It’s famous for its rolling hills and rugged coastline, which together makes up a beautiful scenery.

In 2016, it was declared a heritage and ecotourism zone. While developments are still allowed in the island, the priority lies on preserving its national & cultural heritage.

Guests in Batanes can stay in homestays run by locals. Places to see include Mount Carmel Chapel, Marlboro Country — a known pastoral landscape where you can see cows, carabaos and horses, Chawa View Deck, Liveng and Savidug Barrio — a site of traditional Ivatan stone houses.

Palaui Island is an island in the northeastern end of Luzon. It’s mostly known for its raw beauty. In 2012, it took the 25th spot in CNN’s Best Beaches in the World and rose to the 10th spot the following year.

It is officially known as Palaui Island Protected Landscape and Seascape. As a national marine reserve, the water surrounding the island supports rich marine life, with undisturbed corals and 20 commercial species of fish.

There’s a lot of things to do in Palaui Island. While most people simply choose to have a relaxing vacation, others take advantage of the underwater abundance in the island and swim, snorkel or dive. Other activities to do here are: skim boarding, game fishing, trekking, camping & picnicking as well as bird watching.

Lake Sebu is a natural lake located in South Cotabato. It covers 354 hectares in total and has 11 islets.

Lake Sebu is considered an eco-cultural destination in the Philippines. In 2016, Lake Sebu was nominated in the search for the Top 100 Sustainable Destinations, along with Lake Holon in North Cotabato.

Lake Sebu is indeed a scenic and tranquil beauty, but it also offers much more. It harbors several protected wildlife species and natural attractions, including 3 lakes, 7 waterfalls and a rainforest. It also has cultural offering: guests can go on a cultural immersion with the indigenous tribes in the area, namely, the T’Boli, Ubo, Tiruray and Manobo tribes. One notable activity to do with the tribes is learning their arts and crafts, including making of  t’nalak weaves and brasswares.

Lake Holon is a mountain lake located in South Cotabato. It’s called the Crown Jewel of the South. It’s the ecotourism banner for the T’boli tribe and is part of the ecotourism circuit in the area, along with Bakngeb Cave, Lamhaku Hot Spring and Hidak Falls & Hikong Kemebel.

Lake Holon was developed following community-based ecotourism principles, which include nature preservation and empowerment of the local tribal community in the area.

Guests here can enjoy a learning experience with the T’boli tribe. They can also do a variety of activities including trekking, camping and water activities such as swimming and fish spa in the lake.

Tubbataha Reefs is a protected area in the middle of Sulu Sea, under the province of Palawan.

It’s one of the top diving destinations in the world and a UNESCO World Heritage Site. It features rich marine life, including 600 species of fish, 360 species of corals, 11 species of sharks and 13 species of dolphins & whales. Hawksbill and green sea turtles can also be found here.

Tubbataha Reefs can only be visited on a liveaboard boat. It’s a favorite among foreign and local diving enthusiasts.

ALSO READ: Best Things to Do in Palawan.

Pawikan Conservation Center is a sanctuary located in Morong, Bataan. It is dedicated to the rescue, protection and propagation of pawikans (sea turtles). One of its regular activities include patrol of the 6 kilometer beach to protect the hatchlings of sea turtles from predators and fishermen.

Tourists go here to help with the center, particularly during February and August when the sea turtles venture to the shore to hatch. They are allowed to volunteer in patrolling or join “Adopt a Turtle Program” where they can release a baby turtle back to the sea for only P50.

Apo Island is a small volcanic island located in Dauin, Negros Oriental. It is mostly known as a world-class diving destination. It’s also considered a successful ecotourism story. Previously, the locals employed harmful fishing practices that destroyed the island. It was rehabilitated slowly for years and is now a marine reserve teeming with healthy corals and underwater life.

Apo Island is located in the Coral Triangle, an area in the world with the richest marine biodiversity.

Tourists visit Apo Island for swimming and snorkeling, where they can spot sea turtles and other animals in the wild. Others come here to dive.

Once Islas is an eco-cultural destination in Zamboanga. It’s composed of 11 islands, although only 4 are currently opened to the public. Once Islas is carefully managed by the LGU, which aims to empower the local community and at the same time respect the indigenous people living in the area.

The islands are open for day tours. Tourists can swim in the white-sand beach in Bisaya-Bisaya Island or take a dip in its natural pool; have lunch at Sirommon Island; and trek at Baung-Baung Island. They can also drop by Buh-Buh Island for a cultural visit in its mosque.

Not only is Once Islas a profitable enterprise for its locals, it’s also considered one of the best activities in Zamboanga.

What was once a neglected river system was slowly turned into an ecotourism destination. In 2015, the late environmentalist Gina Lopez organized a clean-up in Buhatan River and eventually developed this into a tourist-friendly attraction wherein visitors can enjoy an hour-long river cruise in a floating cabana.

The Buhatan River Cruise is operated and managed by the locals of Barangay Buhatan. Aside from the river cruise, they also offer kayaking and firefly watching activities. They also serve local Bicolano dishes in the visitor center.

The cave system is filled with stalactites and stalagmites of different shapes.

It’s one of the most popular tourist spots in Palawan. From Sabang Port, tourists take a motorized boat to Entrance Beach and then walk to the entrance of the cave. The river ride takes about 45 minutes, with the boatman quietly paddling and pointing to interesting formations inside the cave.

Did you find this article on ecotourism spots in the Philippines helpful? If you have questions or other comments, let us know in the comments section below!

Hey there, interested in Eco-Friendly Travel? Here are other topics we’ve written: